Reflecting on the Legacy and the Future of the Arecibo Observatory 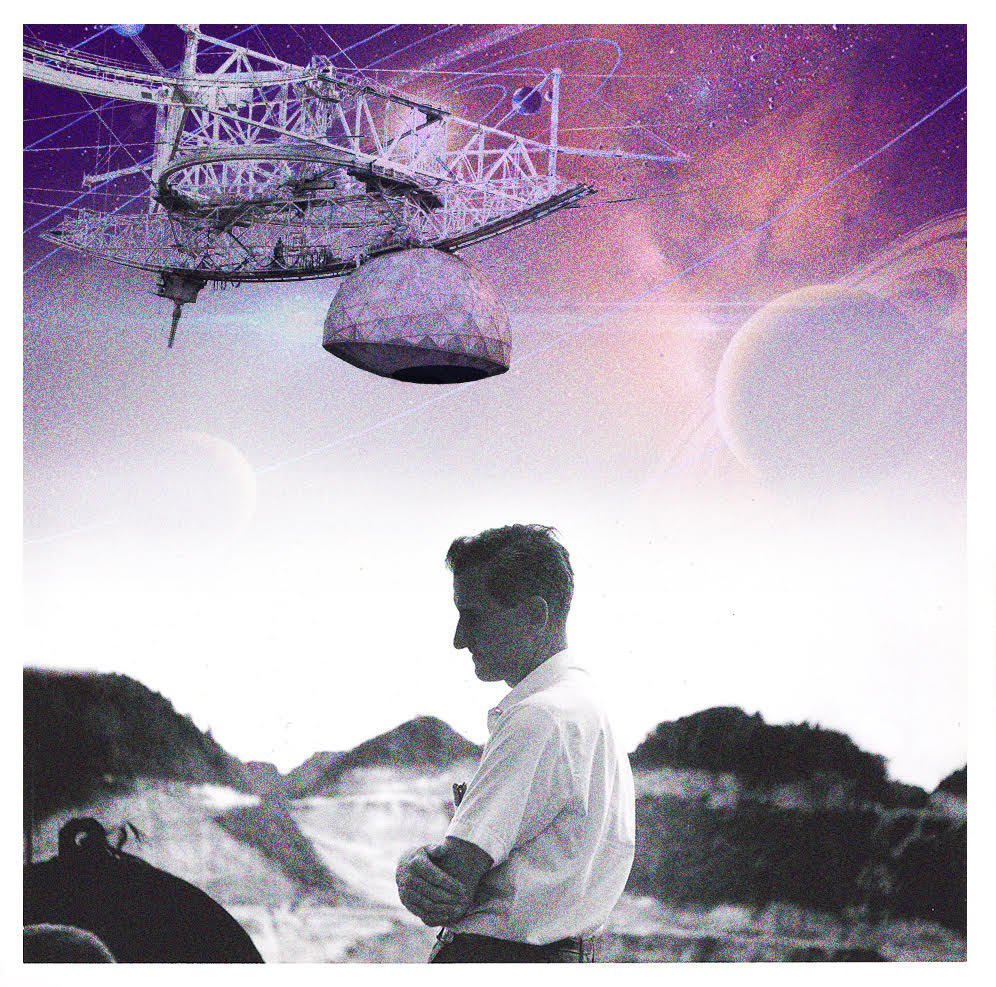 A massive, iconic tool for exploring the cosmos went dark on December 1, 2020, as the 900 ton platform of the William E Gordon telescope fell 150 meters from its suspended height into the 305-meter radio dish below. The telescope, which held the title of "world’s largest single dish telescope" from its inception in 1963 until 2016, suffered a series of surprising cable breaks beginning in August 2020 that led to the telescope’s premature dissolution.

At the time of its collapse, the telescope was still one of the most sensitive radio telescopes - and host to the most powerful and sensitive radar system - in the world. It was actively making ground-breaking scientific discoveries in the areas of Astronomy, Planetary Science, and Space & Atmospheric science.

The shock of the telescope’s collapse reverberated across all science disciplines and in public communities in Puerto Rico and worldwide. Its abrupt end was described as a “heartbreaking loss” by telescope users and the community at large. The staff at the Arecibo Observatory shared their own reactions to the telescope loss with feelings of sadness, devastation, shock, and frustration.

"The Arecibo telescope was "personal” for many of us. We had come to appreciate the telescope—the product of science and art and the highly skilled efforts of so many people   over a long time—as something greater than a mere machine," - Dr. Joanna Rankin, a professor emerita of the University of Vermont


"In the wake of the collapse, support poured in from all over the world, including from scientists and non-scientists, and people of all ages ranging from retirees to kindergarteners,” shares Dr. Allison Smith, a preeminent postdoctoral scholar at Arecibo. "I know the Arecibo Observatory is special, but the breadth of its impact is truly inspiring.”

"In the wake of the collapse, support poured in from all over the world, including from scientists and non-scientists, and people of all ages ranging from retirees to kindergarteners,” - Dr. Allison Smith, a preeminent postdoctoral scholar at Arecibo

Dr. Pedrina dos Santos, a Senior Observatory Scientist at Arecibo, notes that it has been difficult when people and the news equate the loss of the telescope with the end of the Arecibo Observatory.

"We are operating, and we are producing fantastic science," she asserts. "We lost an important tool, an iconic instrument, but we have other instruments and a unique database that covers more than a half-century of observations that we must continue to enhance our understanding of, for example, climate change science."

"We lost an important tool, an iconic instrument, but we have other instruments and a unique database that covers more than a half-century of observations that we must continue to enhance our understanding of, for example, climate change science." - Dr. Pedrina dos Santos, a Senior Observatory Scientist at Arecibo,

Even before the telescope’s collapse, the community unified with near-daily virtual zoom sessions that rapidly grew to about 100 scientists, engineers, and others who held the observatory in great respect. Dr. Joanna Rankin initiated these "AO Vigils”.

"After the second cable break, I was very sad and shocked and I wanted the comfort of others who I knew would also be feeling similarly,” Dr. Rankin explains. "I likened the situation to those of friends and relatives outside an ICU after hearing that a loved one had received a very bad diagnosis.”

Hundreds of others felt similarly, joining the meetings to talk about how Arecibo inspired them, reflect on great memories of people and interactions at the facility, and what could possibly be done to help.

"I am truly grateful for the AO vigils. It was grueling and traumatic to wait and ultimately lose the telescope, and the vigil meetings were the only time I felt the least bit comforted,” says Dr. Allison Smith, a preeminent postdoctoral researcher at the Arecibo Observatory. "It was incredibly helpful to share the worry, brainstorm ideas, and finally mourn with others who understood the impact of what was happening." Dr. Smith also elaborated on her thoughts about the loss of the telescope through this AAS Women in Astronomy article.

The signs of the impending collapse also inspired massive, organic movements from local Puerto Rican students who have long recognized the telescope as an icon on the island. The Save the AO organization quickly created a petition to advocate for immediate action to stabilize the telescope platform, garnering over 66,000 signatures, before the telescope’s collapse. A second petition, advocating to rebuild the telescope, garnered over 100,000 signatures in less than a month.

Ms. Pia Salter-Ghosh, who grew up in Arecibo while both of her parents worked at the Observatory, regularly attended the AO vigils and felt she had a responsibility to advocate as one of the voices of the "Observatory Kids" - those who grew up calling the Arecibo Observatory home. "I had a unique chance to offer a local's perspective to the people who needed to hear it, to talk about what the loss of the telescope means beyond the world of science," she says. "I know how much pride Puerto Ricans feel at having the Observatory there because it is my pride too," she says.

"I know how much pride Puerto Ricans feel at having the Observatory there because it is my pride too," - Ms. Pia Salter-Ghosh

Social media was also flooded with posts and images about the observatory in the days before its collapse, including the twitter hashtag #WhatAreciboMeanstoMe created by Dr. Edgard Rivera-Valentín, a Puerto Rican scientist who worked at the Arecibo Observatory, currently working at the Lunar and Planetary Institute. Their story spurred hundreds of observatory visitors and scientists in Puerto Rico and world-wide to share how the telescope had influenced their lives and careers. Inspired by the hashtag, an article in the Smithsonian captured just a few of those inspirational stories shared by Puerto Rican scientists.

"One of the key takeaways for me was seeing the deep impact Arecibo has had in Puerto Rico. Boricuas from diverse backgrounds, such as medicine, chemistry, social work, responded to the hashtag saying that the reason they are in their fields was because of the inspiration of Arecibo," says Dr. Rivera-Valentín with respect to the overwhelming response to the social media movement.

"One of the key takeaways for me was seeing the deep impact Arecibo has had in Puerto Rico. Boricuas from diverse backgrounds, such as medicine, chemistry, social work, responded to the hashtag saying that the reason they are in their fields was because of the inspiration of Arecibo," - Dr. Rivera-Valentín, Staff Scientist at the Lunar and Planetary Institute

While the enormous wealth of data generated by the radio telescope at the Arecibo Observatory will contribute to produce new scientific results for decades to come, the science of the facility was also featured as a special session at the 52nd Lunar and Planetary Science Conference in March, with contributions from current and past Arecibo scientists. Similar special sessions and workshops are being planned for upcoming scientific conferences.

Looking toward the Future of the Arecibo Observatory: The Next Generation Arecibo Telescope

After the telescope collapsed, the AO Vigils quickly evolved into biweekly meetings focused on taking action to sculpt the future of the facility. Sub-groups formed to discuss how to communicate the importance of the observatory to the public and how to convey the scientific loss of the instrument to interested stakeholders including local and national representatives.

A critical component of the meetings emphasized how to regain insight into regions of the cosmos that went dark with the loss of the unique capabilities of the Arecibo Observatory.

The discussions in the meetings contributed to a nearly 100 page white paper titled The Future of the Arecibo Observatory: The Next Generation Arecibo Telescope.

The white paper "outlines how investing in a pioneering concept for a new telescope and cutting-edge instrumentation at the Arecibo Observatory will continue to propel discovery and humankind’s understanding in the fields of Planetary Science, Space and Atmospheric Sciences, and Astronomy.”

"I saw the White Paper as our chance to transform all this pain from the loss of the telescope into a new opportunity to improve the capabilities of the Arecibo Observatory,” says Dr. Terra dos Santos. "Together with the community, we were able to put together great and unique science cases that we will be able to address in the next decades with a new instrument.”

Maintaining the facility’s legacy as a leader in all three areas of scientific exploration was important as a feasible design for the Next Generation Arecibo Telescope was developed. The document detailed how building the new version of the telescope at its current location in Puerto Rico, could stretch the facility well beyond its initial capabilities and secure the facility as a pioneering telescope for decades to come.

Dr. Smith says that from her conversations with current and former Arecibo staff members during the AO vigils, she has learned that "many of the massive strengths of Arecibo, including its longevity and flexibility, were deeply rooted in the multidisciplinarity of the legacy telescope's capabilities.”

She hopes that the white paper and other related efforts "will be a harbinger for a successor that facilitates gigantic leaps forward in all three fields, not so much as a means to cling to what is lost, but to continue to broaden the user base and productivity and ultimately provide for the upcoming generations of scientists that will benefit from such a facility for the next several decades.”

While there is still a significant amount of work to be done to turn the concept of the Next Generation Arecibo Telescope into reality, staff and supporters of the facility remain resilient.

"I felt privileged to see the Arecibo telescope as a source of inspiration out of my window for 15 years. Now my feeling is that we have two choices: decide that it is game over or work to the beginning of a new dream," says Dr. Terra dos Santos. She affirmed: