OPEN POSITION for Research Intern in the Planetary Radar Group

Job Summary/Basic Function: The University of Central Florida (UCF) and the Department of Planetary Radar Group at the Arecibo Observatory (AO) invite applications for the Research Intern position. The intern will participate in the research activities of the planetary radar group of the Arecibo Observatory. The details of the research projects will be tailored based on the level of background knowledge and skills of the successful applicant. This is a paid (stipend) internship position for undergraduate students only (starting year 2 or more). + Read More

The Arecibo Observatory has the world's most powerful planetary radar system, which provides ground-based observations whose quality could only be exceeded with a spacecraft flyby. The 305 meter Arecibo telescope equipped with a 1 MW transmitter at S-band (12.6 cm, 2380 MHz) is used for studies of small bodies in the solar system, terrestrial planets, and planetary satellites including the Moon.

Since NASA’s near-Earth object observations program started funding the planetary radar program in November 2011, the annual number of radar-observed asteroids increased from less than 20 per year to more than 100. Roughly one half of the targets observed each year are recently discovered near-Earth asteroids (NEAs), which usually have large orbit uncertainties. Radar astrometry is a valuable tool for orbit refinement, providing precise measurements that can significantly improve the accuracy of orbit determination, preventing the object from becoming lost and requiring re-discovery in the future. In addition, Doppler and range measurements can increase the orbit predictability window from years to centuries, and quickly eliminate impact false alarms with the improvement of estimates of an asteroid’s orbital elements.

The Arecibo planetary radar is a powerful tool for post-discovery characterization of near-Earth objects, planets, and moons. In addition to precise line-of-sight velocity and range information, depending on the target’s size and distance, planetary radar is useful for quickly estimating the instantaneous rotation rate of near-Earth asteroids, resolving the target’s size, detecting potential satellites, and ultimately resolving the shape through inverse modeling efforts. Although comets rarely come close enough to Earth to allow strong enough echo, when an approaching comet becomes detectable by the planetary radar systems, it is possible to get clues to the size and spin period of the nucleus. Furthermore, radar signal can penetrate through clouds (such as the thick atmospheres on Venus or Titan), or several wavelengths below the regolith surface, providing insight to geologic features hidden from optical wavelengths, and provide clues to the near-surface bulk density or metal richness of the target based on its reflectivity at radar wavelengths. Radar polarimetry can give clues to the decimeter-scale surface structure, which is crucial for landing spacecrafts. The physical properties obtained with radar are fundamental information to support space mission’s planning, hence the majority of small bodies missions select targets that can be characterized with radar prior to the mission.

The Arecibo Observatory Planetary Radar program is fully funded by NASA's Near Earth Object Observations Program and proudly supports NASA's efforts to track and characterize near-Earth objects for planetary defense. For information about asteroid and comet orbits, including close approaches to Earth, please see the websites of the NASA Center for Near-Earth Object Studies and the NASA Planetary Defense Coordination Office. Riley McGlasson, a 2018 Research Experience for Undergraduates (REU) summer student at the Arecibo Observatory, published a detailed study of the asteroid 1981 Midas in the Planetary Science Journal. The analysis combined radar data from the Arecibo Observatory and NASA’s Goldstone Deep Space Communications Complex with optical data from telescopes across the world to provide a comprehensive mathematical description of the asteroid’s shape, its spin rate, its orientation in space, and the gravitational slopes across its surface. + Read More 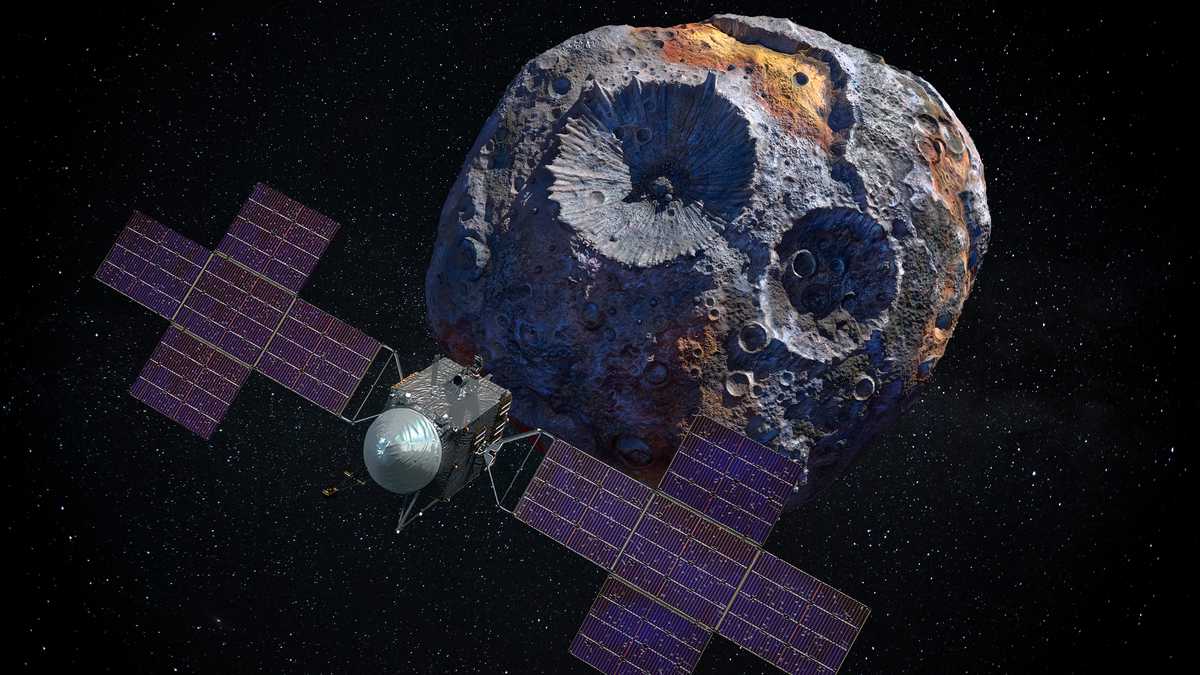 A team of scientists, including AO data analyst Luisa Fernanda Zambrano-Marin and several previous AO scientists, derived the shape, features, and a global map of the asteroid. + Read More


NOTE: Any opinions, findings, or recommendations expressed here do not necessarily reflect the views of the Arecibo Observatory, the National Science Foundation (NSF), University of Central Florida (UCF), Yang Enterprises (YEI), and Universidad Metropolitana (UMET), or the National Aeronautics and Space Administration (NASA). This website section is maintained by Dr. Sean Marshall


<!-- <html xmlns="http://www.w3.org/1999/xhtml" xml:lang="en" lang="en" dir="ltr"> Error | The Arecibo Observatory // Headers were removed in order to disable the whole page to avoid the errors shown due to deprecated functions. // Changes made by Jorge L. Herrera (jherrera@naic.edu) - December 2020